This is a game that you flick a plastic toy frog and put it into a cup. 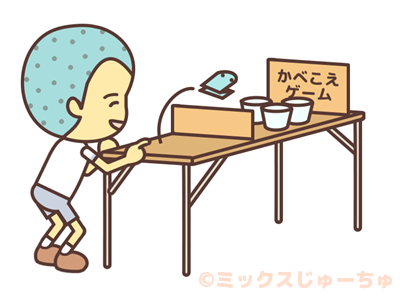 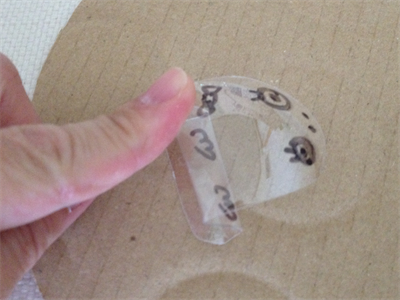 You make a toy frog with a plastic drink bottle.

Please see “Making a Frog with a Plastic Bottle” to make the toy frog. 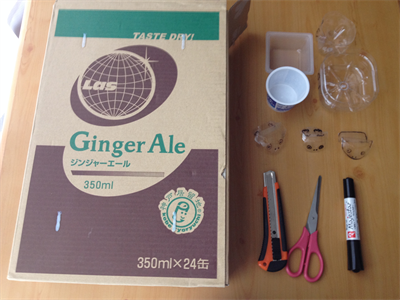 Preparations and how to make materials

Cut the cardboard to make a big wall. You put it to the back. 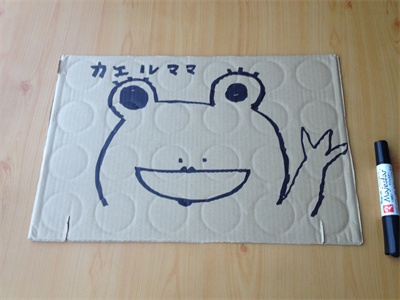 The frog which jumped much hits the wall and rebounds. 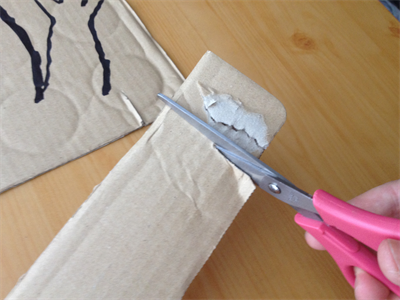 Use the extra cardboard and cut like the picture above. 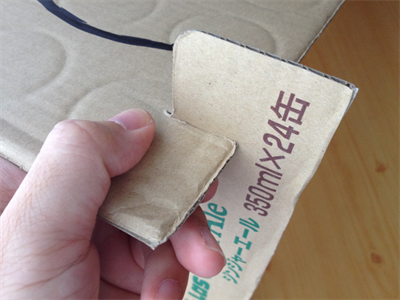 Cut the bottom of the cardboard for the wall little bit and join them. 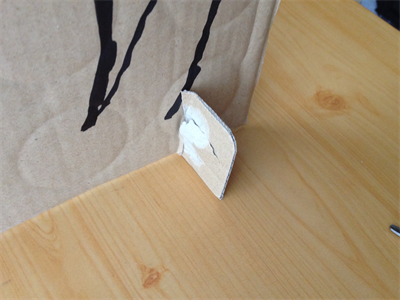 Cut the other end like the previous end and let stand the wall. 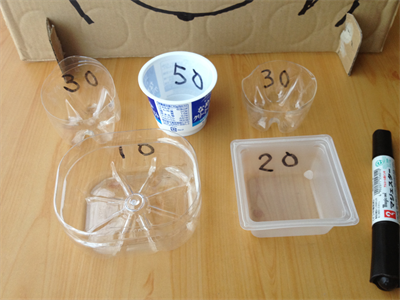 Write points with the permanent marker to cups of jelly, yogurts, and so on. Put them in front of the wall. 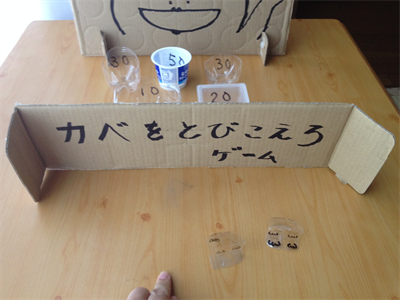 Make a lower wall near you. That’s it! Finished! 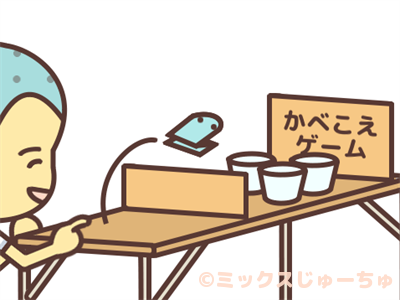 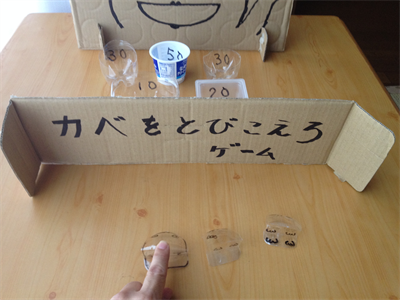 Flick the plastic frog with your finger and let it jump over the lower wall.

When the frog gets into a cup, you can get a point written on the cup. 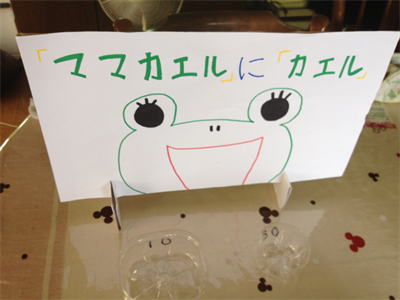 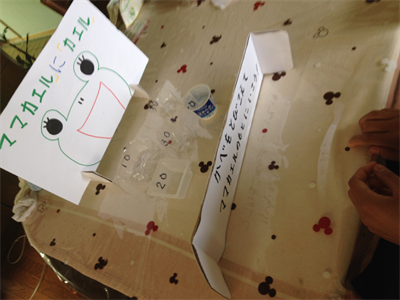