This is a game to make a Frisbee with cardboard and throw it into a hole. 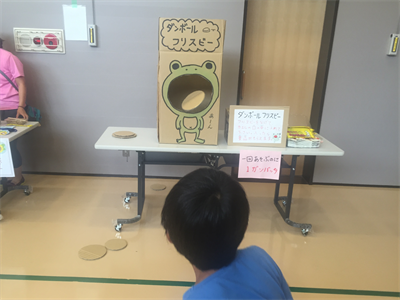 It’s fun when you get the goal! 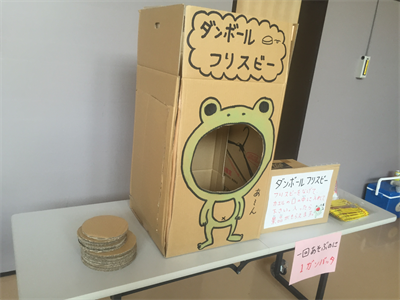 Preparations and how to make materials

First, prepare a big cardboard box and make the goal. 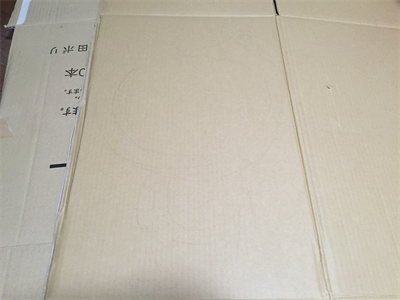 Draw a picture of the goal with a pencil. 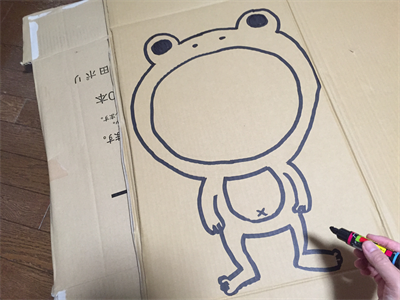 Trace the picture with the permanent marker.

It’s better to use a thick marker.

This time, I drew a frog that is opening the mouth wide. 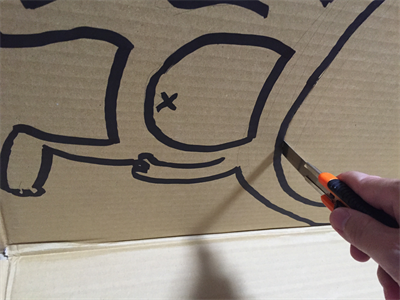 Cut off the mouth of the frog with a cutter. 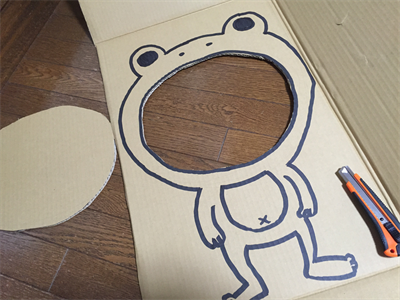 Be careful not to cut yourself. 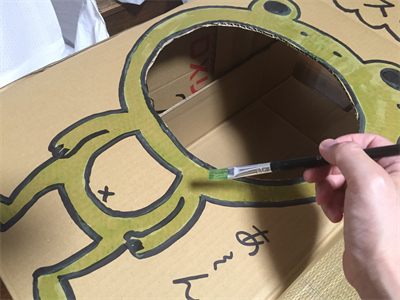 Dilute the watercolor and color the picture. 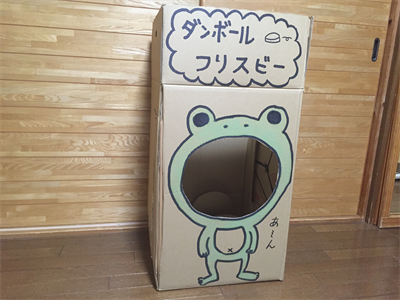 After the watercolor has dried, put up the cardboard to a box. 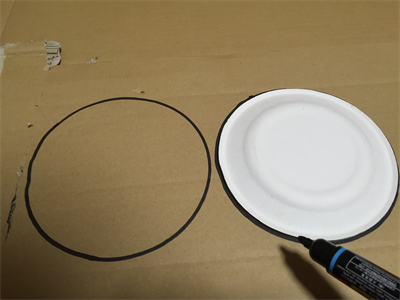 Next, make the Frisbees.

Write the surroundings of the paper plate and draw a circle on a cardboard. 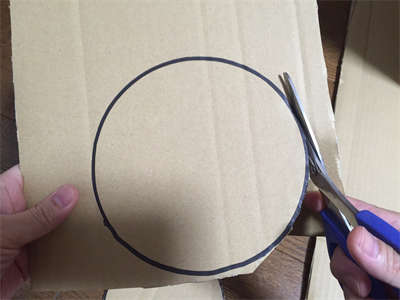 If the cardboard is thick, it’s hard to cut, so I recommend a thin one. 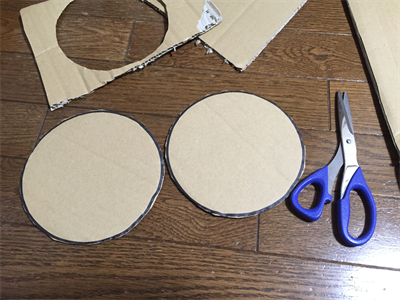 Make these disk twenty to thirty. 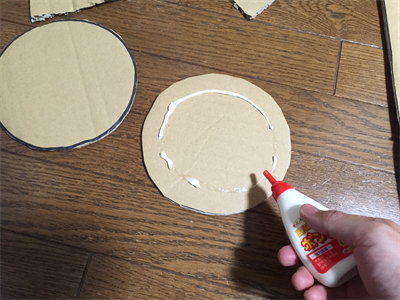 When the cardboard is one, it is too light. 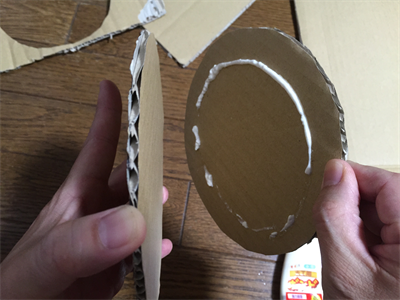 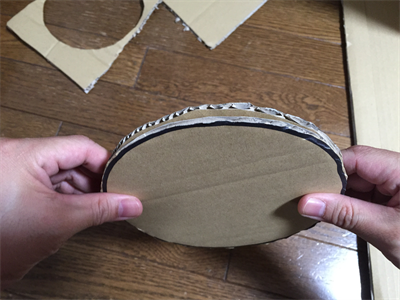 To make the disk stiff, put something heavy on it and leave it for a while.

If it is too light with two disks, use three. 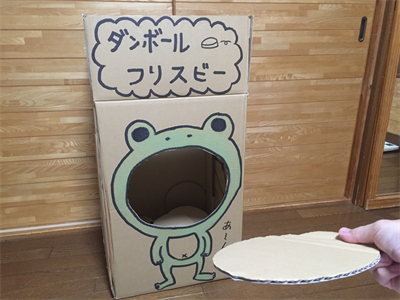 The cardboard Frisbee is made! 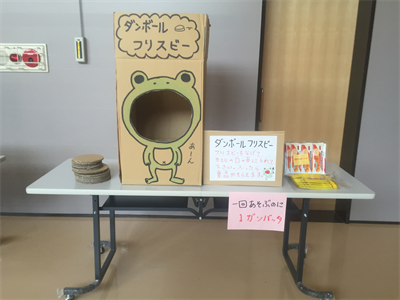 Decide the place to throw the Frisbees and draw a line on the floor with a curing tape.

Get ten Frisbees each.

Throw one each and play.

You can get a point or a prize by the number of the Frisbees that got into the goal. It’s better to use a big cardboard and make a big goal because it is easy to throw in.

It’s better to play by the wall because the Frisbees might go far away.

It’s better to write two lines on the floor. The closer to the goal is for the younger kids, the farer is for the older kids.

It’s fun when you draw some foods on the disk and make a story like “The frog is hungry, so let’s give him foods.”