ホーム
Mini games
Hit the Can with a Ball Game

This is a game to throw a ball and knock down piled up cans. 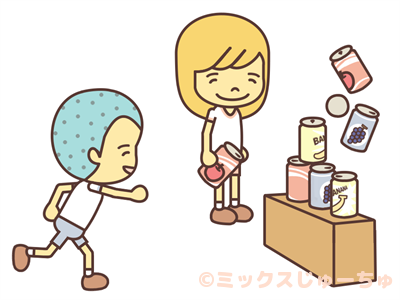 Japanese page : Hit the Can with a Ball Game

Pile up cans in pyramid form on a stand like box or a table.

Decide the line to throw the ball and mark the floor with curing tape.

Throw a ball to the cans.

You can get a point or a prize with the number of the cans you knocked down. 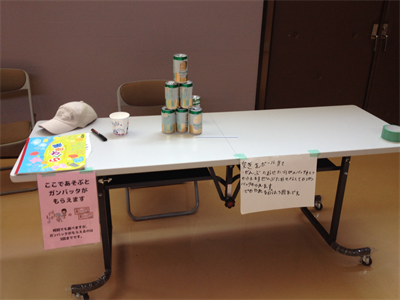 It’s better to play by the wall because the cans won’t scatter much.

It you use a ball made of newspaper, it won’t roll over much and easy to collect.

Conquest the Ghosts with an Air Gun Game