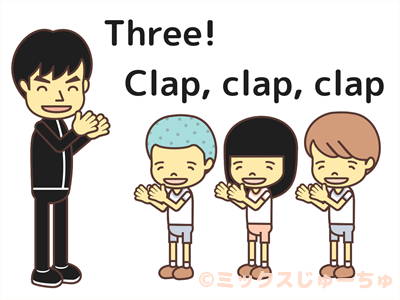 To enjoy playing, by clapping your hands.

Clap your hands as the leader said.

Imitate the clapping that the leader said.

The variety of the clapping

Turn around and clap.

Stand on one leg and clap under your raising leg.

When it gets into gear, continue the rhythmical clapping, then change to ordinary clapping and finish it.