ホーム
Recreation games
Down, Down 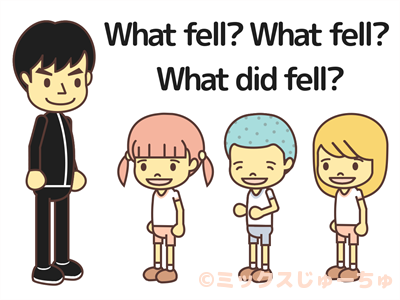 Japanese page : Down, Down 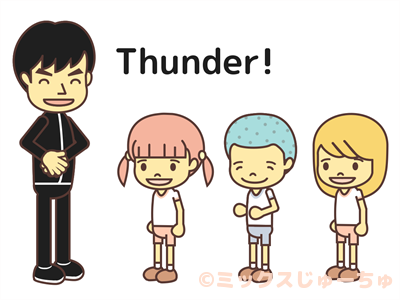 The leader says one from “thunder”, “ceiling”, and “apple”. 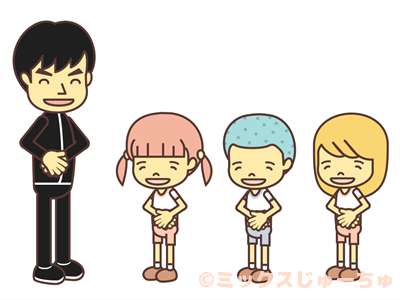 The other children strike a pose which the leader said. 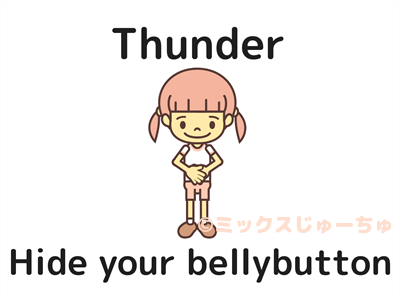 When the leader says, “Thunder!”, you strike a pose of hiding your bellybutton. 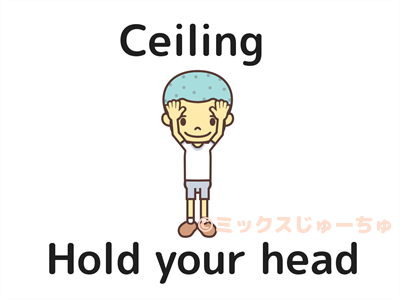 When the leader says, “Ceiling!”, you strike a pose of holding your head. 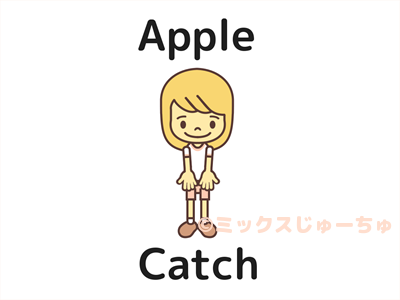 When the leader says, “Apple!”, you strike a pose of catching it.

When you did a wrong pose, you lose.

Try not to be lured.

You can create the other poses and play.

Information about the thunder.

In Japan, we believe that there lives a god in the thundercloud called “The Kaminari-sama”.

It is said that if the Kaminari-sama can see your bellybutton, he will take it. That means, you have to wear your clothes properly not to catch cold.

The Clapping Game
Who Is It? Game