This is a game to throw beanbags to a target. 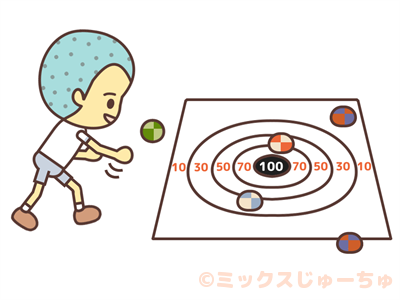 Things to prepare and how to make materials

The beanbag is a toy that many beans or rice are in a small cloth bag.

The standard way to play with it is to hold some at the same time and throw them and catch them not to drop. 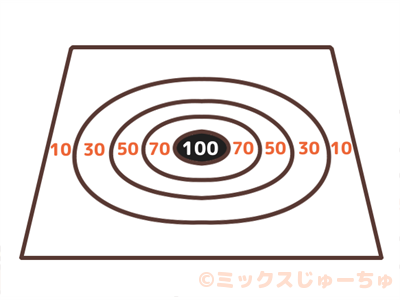 Draw many circles to a large paper like the picture above.

Put the target sheet on the floor and stick it with curing tape.

Decide the line to throw the beanbags and put curing tape to the line. 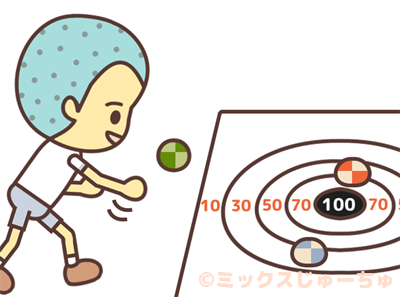 Throw the beanbags to the target.

Your point will be the total of the number that the beanbags landed.
You can get a prize by the points you get.

If you use balls, they will roll over and you have to go and get them. So, using the beanbags is much easier.