Instead of touching, this game is to step on someone’s shadow and play. 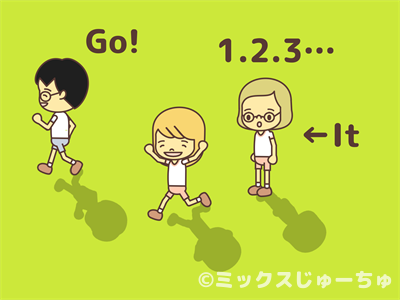 How to play and the rules.

The “It” counts to ten while the other children run away. 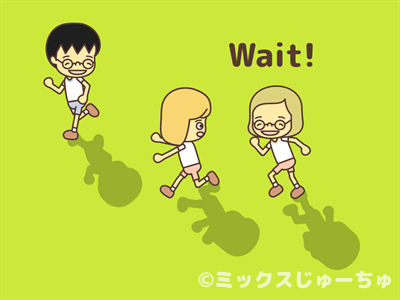 2.After “It” counted to ten, he chases children. 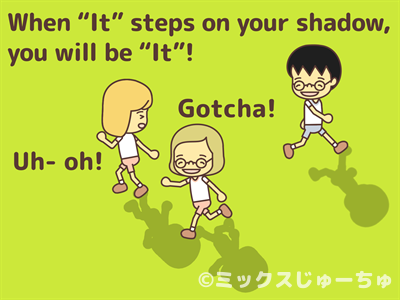 Then the child who has been stepped on, will be the next “It” 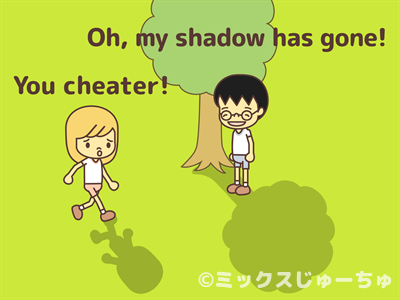 4.You can go under a big thing and let disappear your shadow.

We can make a sub-rule “Ten seconds rule”, at such time.

The rule is, when the “It” counts to ten, you have to get out of the big thing.

It is better to play early in the evening than in the daytime because the shadow gets longer and we can enjoy the game much.