You can make it easily by using a milk carton and a plastic bottle cap. 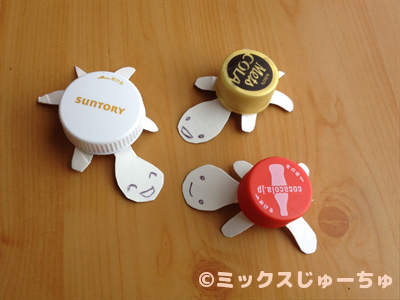 Japanese page : How to make a turtle from a plastic bottle cap 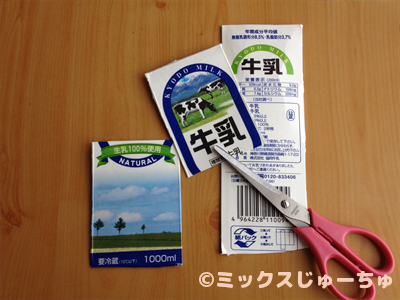 How to make it

Cut out one side of the milk carton. Then cut it in half. 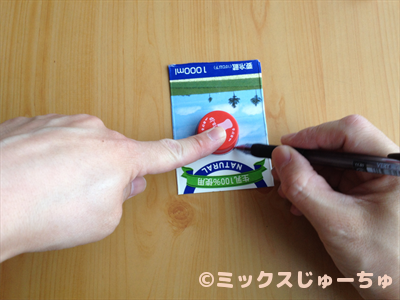 Draw a circle to the carton with the cap.

Draw it bit lower that the center. 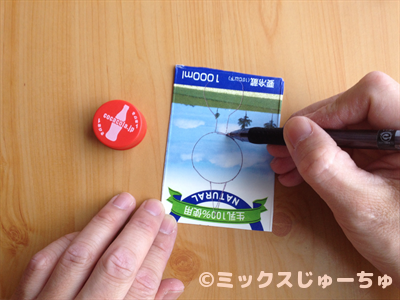 Draw the face and the tail of the turtle.

Draw the neck and tail bit long because you push it in the cap. 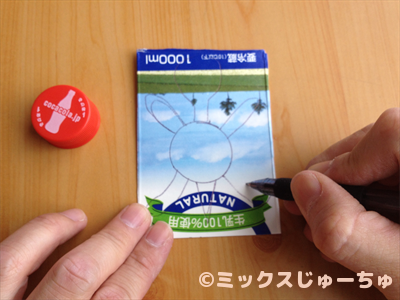 Draw arms and legs long too. 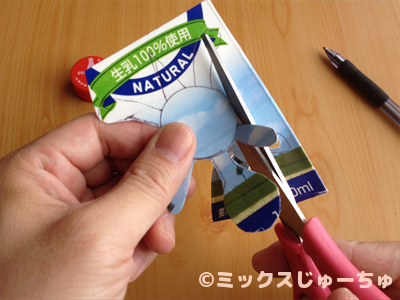 Cut along the line. 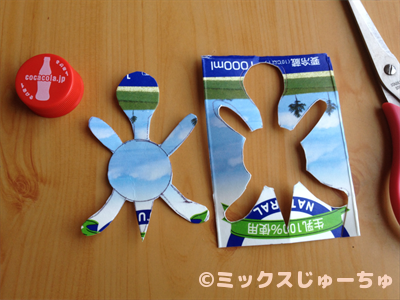 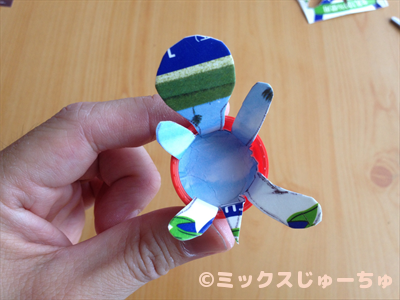 Put the turtle in the cap.

Push it in tightly. 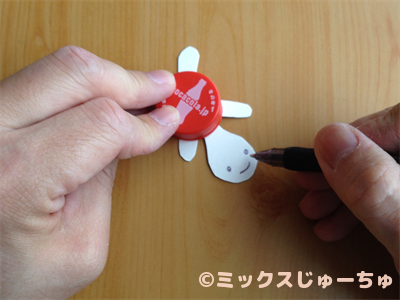 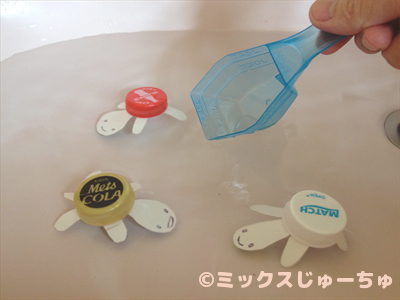 The turtle is made of the milk carton, so it is waterproof.

You can play with it in the bath. 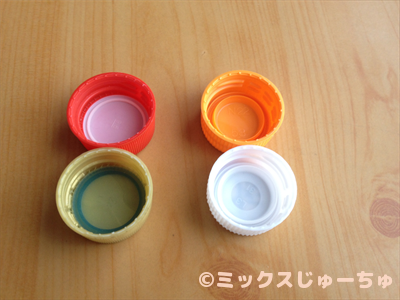 Know-how and the points

When there is no ditch inside the cap, the milk carton turtle won’t come off easily.

So, the non-ditch cap is useful.

In the picture above, the left two caps don’t have the ditch, and the right two have. 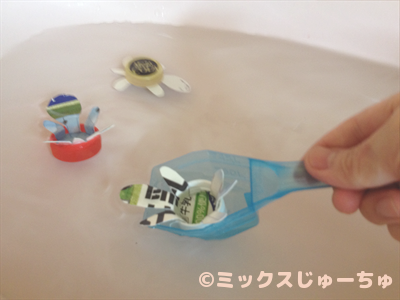 Variety of the game

You can play “Scooping Turtles Game.” with a plastic spoon like the picture.

A plastic bottle cap, a milk carton, scissors, a pen

How to make an air gun with a cardboard box

How to Make an Air Gun with a Plastic Bottle

Making a Frog with a Plastic Bottle

How to make an octopus from a toilet paper tube